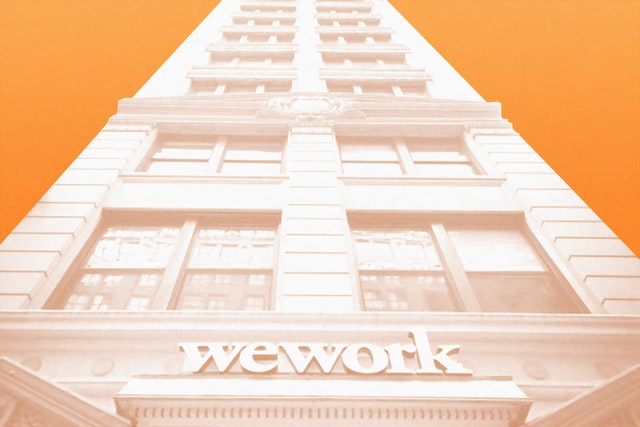 WeWork’s prospectus became an instant classic of poor written communications skills soon after it was filed to the U.S. Securities Exchange Commission. For anyone who wants to understand the most important principles and techniques for persuasive writing, the document is a treasure trove of learning by negative example.

I won’t rehash the many factors that scuppered the share sale, expected in early 2019 to value WeWork at $47 billion. Instead, I will focus on details of word choice, grammar, structure, and style, what they reflect, their impact on the target audience, and the writing tips the prospectus offers through its poor job at communicating its message.

The more than 200-page document outlining the office-leasing company’s vision and detailing its financial accounts and business plan was supposed to reassure regulators. It was also a chance to convince potential investors that WeWork’s initial public offering was an opportunity to get a piece of the next stock market bonanza, like Google, Apple, or Amazon, only in a different industry.

Let’s look at a few snippets from the prospectus, starting with a statement of the company’s background, services, outlook, and vision.

“Our mission is to elevate the world’s consciousness,” the prospectus begins. Further down (p. 127), WeWork says more about how this consciousness-elevation works. “We have built a worldwide platform that supports growth, shared experiences and true success . . . .

“We pioneered a ‘space-as-a-service’ membership model that offers the benefits of a collaborative culture, the flexibility to scale workspace up and down as needed and the power of a worldwide community, all for a lower cost.” The company employs more than 500 designers and architects, along with “a team of over 2,500 trained community managers who foster human connection through collaboration and holistically support our members both personally and professionally.”

What too many abstract words reveal

The text abounds with abstract words (highlighted in grey), along with adverbs and adjectives (in pink), used to evoke high-minded ideas about what WeWork describes elsewhere as its transformation of the workplace.

“Shared,” “true,” “collaborative,” “connection,” “community,” “collaboration,” “holistically” both “personally” and “professionally”--place them close together, repeat them at every opportunity, and you have a pitch that appeals to all mankind with the promise of a new consciousness. Or do you? Many investors thought not.

The problem with the prospectus is that it never explains how all of this is achieved. How do these community managers create “connection,” and what are examples of how they have done this? What does WeWork mean by “holistically?” How does it measure the impact of its resources and techniques on the “holism” of professional let alone personal life? WeWork might have said more about the training and skills of what appear to be not just community managers, but spiritual leaders. A job description or day-in-the-life-of profile of a community manager might have helped.

Some of WeWork’s competitors might question whether the company can justify its claim to be a pioneer, or even that the “space-as-a-service” concept is new. Long before WeWork arrived on the scene, other companies had been renting out shared office space on flexible terms so that start-ups and small enterprises did not have to choose either to work in their bedrooms or tie themselves into long-term tenancies for space they might soon outgrow or no longer need. How are “members” different from tenants?

Protesting too much may convince readers of the opposite

Abstract words and modifiers are useful in helping people, companies, and organisations articulate a “vision” that serves as a compass to track how close they are to their destination, or whether they have strayed far off course and are lost in a desert. However, the prospectus reads as if someone had jotted down every suggestion from several rounds of brainstorming meetings for a logo or a mission statement, compiled a list, and crammed as many of those words as possible into as little space as possible.

This onslaught of concept nouns and modifiers backfired because readers could not help but notice how much WeWork’s prospectus relied on “talking the talk” instead of detailing how it “walked the walk.” In other words, WeWork wasted a space that could have gone to explaining the nitty gritty, meticulous, sometimes hum-drum, day-in and day-out work that together make a successful company. If I may be forgiven the pun, the company left the work out of WeWork. This may be one of the reasons why in January 2019 the company announced it was rebranding to The We Company.

My analysis illustrates why nouns, verbs, and concrete language are the go-to words for convincing business communications instead of concept words and modifiers. It also shows the need to be concise. Too many words saying the same thing may whet readers’ appetite for the narrative, but leave them disappointed later, when as they read, they cannot find the details of the plot.

The difference between self-promotion and hyperbole

The profile of Adam Neumann, the company’s founder and chief executive, says he “is a unique leader who has proven he can simultaneously wear the hats of visionary, operator and innovator, while thriving as a community and culture creator. Given his deep involvement in all aspects of the growth of our company, Adam’s personal dealings have evolved across a number of direct and indirect transactions and relationships with the Company. As we make the transition to a public company, we aim to provide clarity and transparency on the history of these relationships and transactions.”

I have already mentioned the critiques about WeWork’s claims to be innovative and visionary. “Operator” is a risky choice of words because of the potential to be read as double entendre or irony in the context of doubts about Neumann’s management style and the fuzziness over his other businesses’ dealings with WeWork.

When the profile comes to “community and culture creator,” we move from the slight exaggeration found in many written communications, to what seems to be hyperbole. At this point, an editor might have pressed “delete” to avoid the risk of sounding as if they were smoking some of the weed Neumann allegedly consumed during meetings.

Security Exchange Commission regulations require financial statements such as a prospectus be written in plain language. But even the SEC might have forgiven the inflated claims and new-age vocabulary of the prospectus had the balance sheet, profit-and-loss, and other figures added up to prospects of a viable business eventually operating at a profit rather than depending on venture capital to underwrite losses.

Besides failing to convince the SEC and investors, WeWork’s prospectus may have done more subtle and more critical damage. It appeared that WeWork came to believe that it could elevate “the world’s consciousness.” The hype may have subverted the consciousness of WeWork managers and their advisors in coming up with this document. Instead of the hard-nosed critical analysis one would expect to find from business visionaries, investment bankers, and lawyers, we find belief in that lofty ideas are enough to succeed in business, and that “word magic” can substitute for what reality fails to provide.

To summarise, the lessons of WeWork’s prospectus for writers are:

For readers, the key lesson is this: when you notice similar issues in business communications, verbal or written, do not be afraid to ask questions. The problem is probably not you, but them.

Photo by Morning Brew on Unsplash