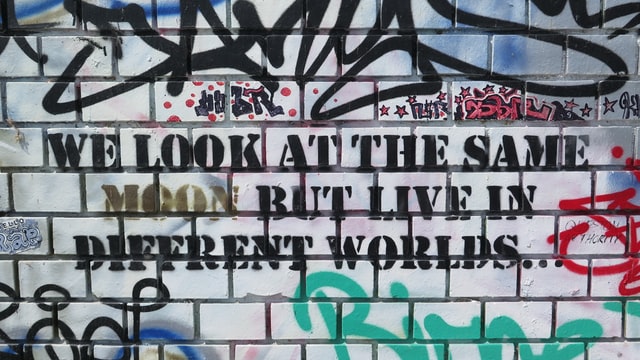 What Philosophy Teaches About Written Communication Skills for Business

Philosophical writing has a reputation for being complicated, abstruse, and often impenetrable. But in trying to make big ideas accessible to you and me, many contemporary philosophers are expressing complex concepts in language so crisp and clear that we all can learn from them.

In my spare time, I have been studying philosophy via Zoom classes conducted by OpenAge.org. Our brilliant, patient instructor, Tim Beardmore-Gray, is a former editor of Philosophy Now and teacher at the Philosophy Foundation, whose mission is “to bring understanding, wisdom, and eudaimonia (flourishing) to the heart of education for children and adults,” including businesses.

When answering a question, Tim suggests using the following technique. Before writing or even outlining, stop and think about the many ways in which the question might be interpreted. In particular, consider the key terms. An everyday word such as “value” or “consciousness” may suggest one thing in casual conversation but have other meanings in a formal context, such science, philosophy, medicine, or another discipline. Even within a single discipline, like philosophy, one word can have several meanings different enough from each other that without clarifying their terms, philosophers risk misunderstanding each other.

State the definition you ascribe to each word, and what you interpret the question to be driving at. This helps set parameters of your argument, and enables you to address a single issue in a logical, disciplined, concise, manageable, yet comprehensive manner. Your readers will find it easier to follow the logic of your argument. They may not agree with you. But at least you will engage them in an exchange of ideas about the same topic. This avoids the risk of you and your readers talking past each other due to attributing different meanings to the same words. You also have a better chance of influencing your readers.

Below is part of an essay I wrote in response to a question at the heart of moral philosophy and central to the way we conduct our lives: “What makes us responsible for our actions?”

Please do read the whole article if you have time. Feel free to email me with your thoughts. But the main point is to look at the first few paragraphs where I define the terms and scope of my essay. You may not need to define your terms so carefully in other contexts, such as workplace communications. Still, you can learn from the example of philosophy ways to develop excellent written communications skills for those occasions when taking on a leadership role and you cannot afford misunderstandings.

What makes us responsible for our actions?

When people talk about being responsible for actions, they tend to be discussing some version of the idea of free will. Do we have control over choices, behaviours, occupational choices, reactions, and other things we do? If so, why? What is it about human existence that places a burden on each individual to act one way or the other, and take ownership of the consequences? Or are we at the mercy of our genes, chemicals, and other physical attributes, along with inescapable influences such as upbringing, culture, and social demands?

Debates about responsibility fall along a continuum between two extremes. One is that of reductionists such as Richard Dawkins whose concept of “the selfish gene” implies individuals are no more than the sum of their parts. Dawkins sees the “self” not as illusory, but as less “real” than the components that comprise us. This might suggest there is no independent consciousness exerting control over our actions. We are automatons moving mechanistically through life without being able to do much about anything. The opposite view, represented by existentialism, is that we have free will and must take responsibility for everything we do, whatever our limitations, circumstances, no matter what any authority figures order us to do.

Before we can address responsibility, we need to be clear about what we mean by “actions.” The word can refer to many things including: 1) involuntary responses such as sneezing or yawning, 2) fulfilling duties, such as doing household chores, brushing our teeth and bathing, or earning a living to take care of a family, 3) activities such as boarding a jet or skydiving, 4) reactions, such as anger, calm, feeling hurt, or becoming anxious, 5) behaviours, including helping the vulnerable or bullying, 6) projects, including running a marathon, our choice of career, or saving the planet, 7) what we do when faced with dilemmas involving conflicting ethical issues, values, and desires.

This is not meant to be a definitive list. Rather, I wanted to point out the various things we mean by “actions,” from the involuntary and routine, to how we go about our lives, and the more difficult, moral and ethical choices that involve sacrifice.

The subject of responsibility arises mainly in the context of how an individual interacts with others. Thus, I will set aside the first three types of actions as they tend to be banal or inconsequential in a social context. Instead, I will focus on the last four. To answer the question of whether we are responsible for these actions, we must first determine whether we have a “self” independent of our genes, chemicals, upbringing, social demands, etc., and if so, to what extent it determines control over what we do.

We do exert varying degrees of control over our reactions and behaviour. But these are determined by constraints such as circumstances, along with upbringing, intelligence, experience, culture, beliefs, emotions, and fears. Illness, pain, discrimination, bullying, a sense of being unvalued, devalued, persecution, etc. may turn a kind human being into what that person might themselves consider to be a “wild animal.” Take away all the negative stimuli, and the person can behave differently, because they do not constantly have to fend off threats.

We can try to control our behaviour by thinking before we react in types of situations in a knee-jerk way. However, this is difficult. It depends on many things, not all of them within our control. It demands discipline and time.I cannot change, at least not easily, all my habits, behaviours, and reactions, though I may try and have some success some of the time. Those who argue we are in complete control of our reactions and behaviour tend to be those whose circumstances and upbringing have enabled them, without much thought or effort, to conform with the status quo of what is generally considered “acceptable.”

Career choices and other “life decisions” are shaped to some extent by our values, desires, and needs. But much may depend on whether we must labour to support our parents and siblings, or if we can afford higher education. If we do attend university, do we study finance, business, or law? It may depend on whether we want to become a teacher, scientist, or billionaire, the last of whom may end up doing the most social good by giving all their lucre away to charity.

Moral and ethical dilemmas are far more tricky. Would I steal or even kill if that was the only way to prevent my family from starving to death? Would I convert to a faith to satisfy my beloved’s parents even if I am an avowed atheist? In such instances, we do have choice. But I would hesitate to call it “conscious choice.” That expression assumes that there is a unified “self” that is fully aware of its identity and comes into play in the same way each time it needs to make an important choice.

Marvin Minsky, an American cognitive and computer scientist, co-founder of the Massachusetts Institute of Technology artificial intelligence laboratory, and author of several texts concerning AI and philosophy, says he finds it puzzling that so many scientists seek to locate the consciousness in certain parts of the brain. The idea tends to follow received wisdom that each person consists of two parts: body and mind. But just as the body is divided into several parts and functions, so is the mind. Consciousness is the word we use for as many as twenty different major processes, Minsky argues. The brain, only a small part of which we use, has 400 modules which do different things called cognitive processes. We do not have just one idea of the self, but dozens of them: the self as an individual, as a member of a family, a profession, part of a nation, etc.

Minsky’s view of what comprises the self helps explain how we deal with competing values, desires, and external pressures. We want to do the right thing, but perhaps our reason is overtaken by emotions, for example, if a tragedy occurs, and the desire for revenge sways us even if we think it does not. Our consciousness is complicated. There is no one thing called “self,” a unity, that always works in a certain way. It changes constantly. Scientists know that we do not have full access to all levels of our consciousness, for example, the “subconsciousness.”

Even when we want to choose to react to something, or initiate an action, it may be difficult to make the right choice. Do we respond to racist violence by meditating, and finding peace within ourselves, having decided we are powerless to intervene? Or is getting angry the right choice? Even if we believe the former is better, are we capable of repressing our anger?

In summary, I believe we have control some of the time over some of our situations to make choices based on values, abilities, needs, influences, culture, etc. to do what we think is best at the time, speculating on what the outcome might be. That is the reality of our everyday existence. There is no one, static “me” always making choices about everything I do in the same way. I may want to fully take responsibility for my actions, according to my “free will” and in line with what is generally considered the highest standards of ethics. Sometimes, certain levels of consciousness come to the fore and I make a decision I will never regret because whatever the circumstances, I control my self as much as I am capable of. But things rarely turn out thus, even for the most high-minded.

(For more insights on how to improve writing skills in business workplace communications please see my other blog posts.)

We Look at the Same Photo by Arie Wubben on Unsplash